During one of my attempts to escape from abuse, I consulted a counselor who compared an abuser to a baby. Originally attached by an umbilical chord, a baby eventually needs to learn where his own identity stops and his mother’s begins. When the mother leaves the baby alone for a nap, the baby experiments with how to bring her back – crying and fussing. He fears that part of him is missing when she leaves. Eventually, a healthy baby learns that he and his mother are in fact different people with separate identities. This counselor suggested that abusers are like babies who fail to detach and see their targets simply as extensions of themselves.

Those of us targeted by abusers are drawn to picking up and comforting crying babies. Somewhere in my past, I learned that tending to my own needs was selfish and shameful. Instinctively, crying babies became handy surrogates for soothing myself.   While the instinct to soothe is healthy, when the baby is a grown adult with receding gumlines and male pattern baldness, the dynamic has gone stale.

I was fairly warned. A coworker once suggested, When you get to feeling maternal, get yourself a puppy. Somewhere I read, Never marry anyone for whom you feel sorry. These pearls of wisdom didn’t resonate until long after I’d devoted my life to soothing the baby I saw in the abuser. Turning that caretaking instinct to the troubled child within me allowed me to eventually escape from abuse.

Along with baby soothing, I was also a sword brandisher– bringer of fairness and justice to the world. Male readers might relate to this. Some abusers present themselves as the fair maiden in distress who’s been wronged by the world – too frail to defend herself.  Her ladies-in-waiting are all bitches, and her last savior dumped her for no reason whatsoever.

Our savior complex springs to the rescue when we hear the damsel’s story. Even though my abuser was not a damsel, he could have played one in a movie. I heard about every childhood slight or instance of bullying, and how he carefully guarded his vulnerabilities imposed by an unfair and unjust world. His stories inspired me to grab my sword and prepare to smote anyone who might hurt him again.

Possibly I was attempting to avoid the vulnerable damsel in myself who had failed to defend myself against the world’s unfairness and injustices. Considering the brutality I endured at the abuser’s hand, my inner damsel-in-distress was abandoned in a high tower.

So, when I learned that all the baby soothing and sword brandishing was just a way to avoid addressing my own pain, I layed down the baby and the sword and started looking within. 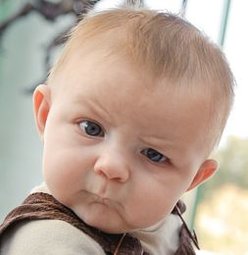 View all posts by powerfulbeautifulwise